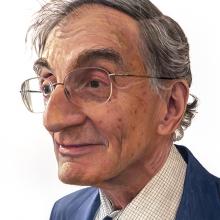 Cohen was a MacArthur Foundation Fellow and he is a member of the National Academy of Sciences and the Board of Trustees of the Population Reference Bureau. He served on the Board of Directors of the Nature Conservancy from 2000 to 2009 and co-chaired its Science Council. He shared the Tyler Prize for Environmental Achievement in 1999. In 1998, the Fred L. Soper Prize of the Pan American Health Organization recognized the work he had done with his colleagues on Chagas disease.