David S. Tatel, Judge of the United States Court of Appeals for the District of Columbia Circuit. Judge Tatel earned an undergraduate degree from the University of Michigan in 1963 and a J.D. from the University of Chicago Law School in 1966. Following law school, he was an instructor at the University of Michigan Law School and then joined Sidley Austin in Chicago. Since then he has served as founding director of the Chicago Lawyers' Committee for Civil Rights Under Law, Director of the National Lawyers' Committee for Civil Rights Under Law, and Director of the Office for Civil Rights of the United States Department of Health, Education, and Welfare during the Jimmy Carter Administration. Returning to private practice in 1979, he joined Hogan & Hartson, where he founded and headed the firm's education practice until his appointment to the D.C. Circuit. While on sabbatical from Hogan & Hartson, Judge Tatel spent a year as a lecturer at Stanford Law School. Shortly after law school, Judge Tatel lost his sight to retinitis pigmentosa. But his blindness hardly slows him down. In addition to running marathons, climbing mountains, and skiing, he goes to movies, baseball games and art exhibitions and enjoys describing what he has "seen". He has cultivated the ability to assemble and hold in his memory complicated legal documents. In his chambers, Judge Tatel has a reader and uses a computer device that translates printed material into audio. 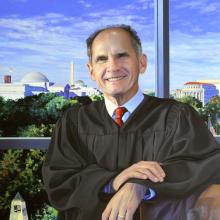 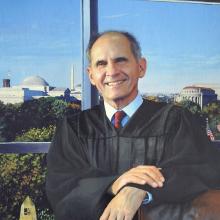 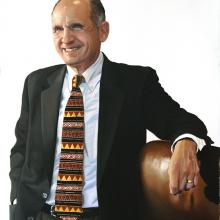 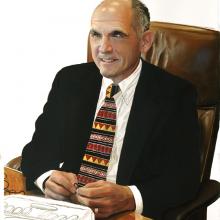 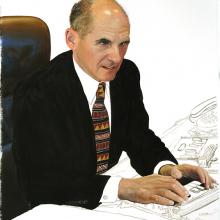 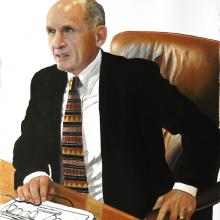 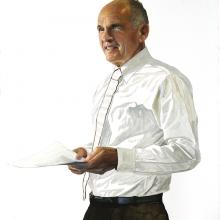 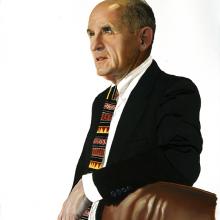