Harold Elliot Varmus, cellular biologist. Recipient of the 1989 Nobel Prize in Physiology or Medicine. Director of the National Institutes of Health 1993-1999. Since January 2000 Director of Memorial Sloan Kettering Cancer Center in New York City. Co-chair of the Council of Advisors on Science and Technology to President Barak Obama. 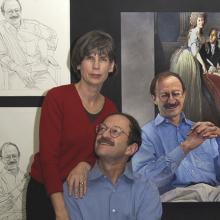 Harold and Connie Varmus with portrait 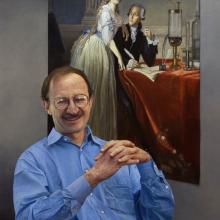 Harold Varmus, Commissioned by the National Institutes of Health The image in the background of Varmus' portrait is Jacques Louis David's famous painting of the 18th century French chemist Lavoisier and his young wife Marie. Harold feels a strong attachment to both the subject and the painting, and specifically requested that I use it as the background for his own portrait. The author of the classic "Elementary Treatise on Chemistry", Lavoisier was a methodical trailblazer whose experiments laid the foundation for modern biochemistry. He was also a man of many talents - a geologist, an agronomist, an expert in finance and political reform - a model of the dedicated public servant and scientist/bureaucrat. David depicts Lavoisier and Marie as both husband and wife and scientific collaborators. While the portrait was being painted, Marie took drawing lessons from David that aided her in preparing the thirteen plates used to illustrate the Treatise. A portfolio containing her drawings can be seen in the shadows on the left of the painting. The portrait has a melodramatic and tragic post-history. Five years after David completed the painting, Lavoisier, who had already incurred the enmity of Marat prior to the revolution, fell afoul of the Jacobins because of his work as a tax collector for the King. He was brought to trial before a revolutionary tribunal, sentenced to death, and guillotined in 1793. It has been suggested that David, who was the chief administrator of one of the tribunals, signed Lavoisier's death warrant. After Lavoisier's death, the portrait disappeared. It was rediscovered early in the 20th century, in an obscure chateau belonging to Lavoisier's descendants. Informed of the discovery by his vigilant art advisor, Rockefeller purchased the portrait and brought it to New York. The portrait hung at Rockefeller University until it was sold to the Metropolitan Museum in the 1950s (where it now holds a place of honor in a gallery at the top of the grand staircase). The money from the purchase was used to endow several postgraduate fellowships in cancer research and biochemistry and many of Harold's colleagues and protégés have been the beneficiaries of those fellowships. 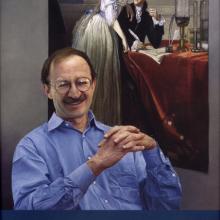 The Art & Politics of Science.jpg

Harold Varmus's Memoir of his life in science and public affairs, published by Norton in 2009.

The Art & Politics of Science.jpg 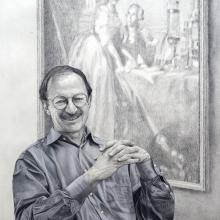 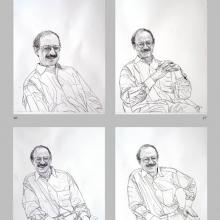 preliminary studies for National Institutes of Health Commission. #7 has been acquired for the permanent collection of the National Portrait Gallery.